The photos below show the revised Close Coupler Pocket design on the Sprinter Rail Car.

Also shown is a comparison between our current Non Functional Scharfenberg coupler and a design similar to the newly proposed Friction Fit Functional Coupler.


The last image shows the cars fitted with Kadee couplers between them.

So far from the feedback we've received you'd prefer the Non Functional Coupler supplied as standard with Kadee coupler supplied in the box for coupling multiple units.

We look forward to your views,

The On Track Models Team 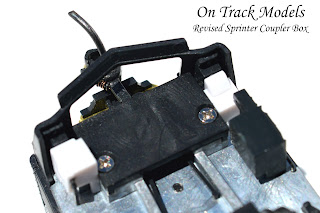 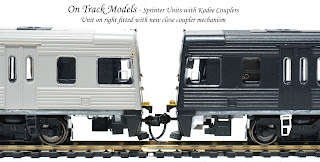